I am scared what DC will do to the new batman. Luckily there are no bat nipples on this suit. Also Ben Afleck will be playing him. At least this movie can’t be worse than Batman and Robin. That movie had so many puns that I wanted to unsee that movie. Also the fact that Ben already was in a superhero movie which he ruined. That movie was called daredevil which makes him lose his credibility. The movie also will be a crossover with Batman Vs. Superman. Of course Batman will win all he needs to do is buy some kryptonite then kill him. Also DC planned out their next movies with Wonder woman, Aquaman the most hated superhero, and Cyborg the first black superhero. But they will have to verse marvel with Marvel civil war. Last, you replaced a good Batman, Christen Bale, with a terrible one. 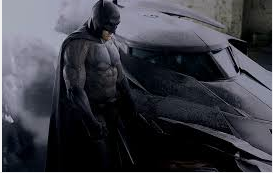 Welcome to the TMS Newspaper. Run by the TMS journalists.